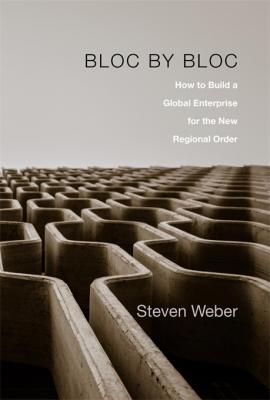 A recap and recording of this event can be viewed here.
———-

In his book, Bloc by Bloc: How to Build a Global Enterprise for the New Regional Order, Steven Weber, a political scientist and professor in the UC Berkeley School of Information, puts forward a compelling new model for global organization that integrates modern developments in technology and governance. Weber argues that the global political economy is decomposing into regional systems that are more densely linked internally and much more loosely linked to each other. But the new regions are not defined by familiar physical boundaries like mountains and oceans. They are defined by technology rules and standards, which means we need to re-envision a region as a logical not physical space, with no need for geographic contiguity.

He will discuss the book with Vinod K. Aggarwal, Professor of Political Science at UC Berkeley, and Homa Bahrami, Senior Lecturer in the Haas School of Business. Presented as part of the Social Science Matrix “Authors Meet Critics” series, the panel will be moderated by AnnaLee Saxenian, Professor in the School of Information.

Registrants will be sent a Zoom link prior to the event.