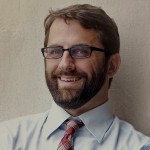 The UC Berkeley Center for Long-Term Cybersecurity recently released a new study, Asian Cybersecurity Futures: Opportunity and Risk in the Rising Digital World, which uses scenarios to explore diverse political, economic, and technological factors that will shape Asia’s future as the region becomes more connected to the internet.

Authored by Jonathan Reiber, Visiting Scholar at CLTC and former Chief Strategy Officer for Cyber Policy in the Office of the U.S. Secretary of Defense, and Arun Mohan Sukumar, head of the Technology, Society, and Security Program at the Observer Research Foundation in New Delhi, the study focuses on how technological growth could place populations at risk in cyberspace, and explores the nexus of nationalism and cyberspace operations in one of the world’s most dynamic economic regions.

We spoke with Jonathan Reiber, one of the report’s co-authors, to learn more.

Why did you decide to write a report on this topic?

There are three main reasons: first, the rising connectivity in Asia has transformed the region’s economy and Asian societies over the last decade and will continue to do so at a remarkable rate. What does that mean for the people in the region and for the future of international security?

Fifteen years ago, you could find college educated Indians who didn’t have regular access to email. Today India has the second highest number of internet users on the planet, more than the United States, and yet is only about 30 percent penetrated; China is only 50 percent penetrated and it’s the global leader in total internet users. The future of internet growth is China, India, and Southeast Asia, yet these countries are unprepared for the cybersecurity risks they will soon face. We need to think carefully about how governments and companies prepare for the potential risks of increased cyberattacks, particularly on vulnerable populations that haven’t traditionally associated with internet technologies.

Second is geopolitics. Per the U.S. National Intelligence Council, by 2030 Asia is set to surpass North America and Europe in economic and political influence, yet China’s political and military intentions are uncertain as its power expands. Will it play a responsible role as it rises? Will it help to lift up the regional economy, or will it pursue an antagonistic course with its neighbors? The world is watching to see how China evolves politically and militarily, including how it behaves in cyberspace.

How would you summarize the most important takeaways or findings?

The main take-away is that leaders in Asia and policymakers and companies concerned with Asia need to plan for the potential risks associated with this massive increase in connectivity that’s likely coming. Strategic planning should start now. A modicum of advanced planning and small personnel investments in major corporations and governments can help societies plan and prepare for risks. The scenarios themselves each raise different findings: it’s important for companies and countries to consider the advanced impacts of internet technologies on sectors not traditionally associated with cybersecurity, like agriculture, as those sectors could be acutely vulnerable to cyberattacks if technologies spread quickly without attendant security awareness. States can plan ahead to negotiate during a crisis to limit certain actions in cyberspace, like declaring that certain targets should be off-limits during conflict.

What was the process that you followed to produce this report?

We held a number of conversations with thinkers and leaders in the Asia-Pacific region over the last year regarding connectivity and cybersecurity, including with leaders in India, China, Singapore, and the United States, as well as Australian, Japanese, Vietnamese, and Indonesian counterparts. We also held a number of interviews with thought leaders regarding potential scenarios facing the region, conducted research in regional, geopolitical, and industrial economic and political trends, and vetted the scenarios through a group of experts with differing views on the region’s politics and cybersecurity issues.

What are your hopes about what will happen next with this report?

People read it. Then, that people in Asia or focused on Asia invest in the personnel and time necessary to develop and implement effective cybersecurity strategies to help maintain peace and stability in the region.

These are just a few looks into the future. The main reason for doing this study is to spur other people to think about the future and, even in conversations and planning meetings, to use scenario thinking and strategic thinking to prepare for an uncertain future. A small amount of investment now can help ensure that Asia and the world benefit from the region’s digital rise.

Read more about the report, and read it online now.