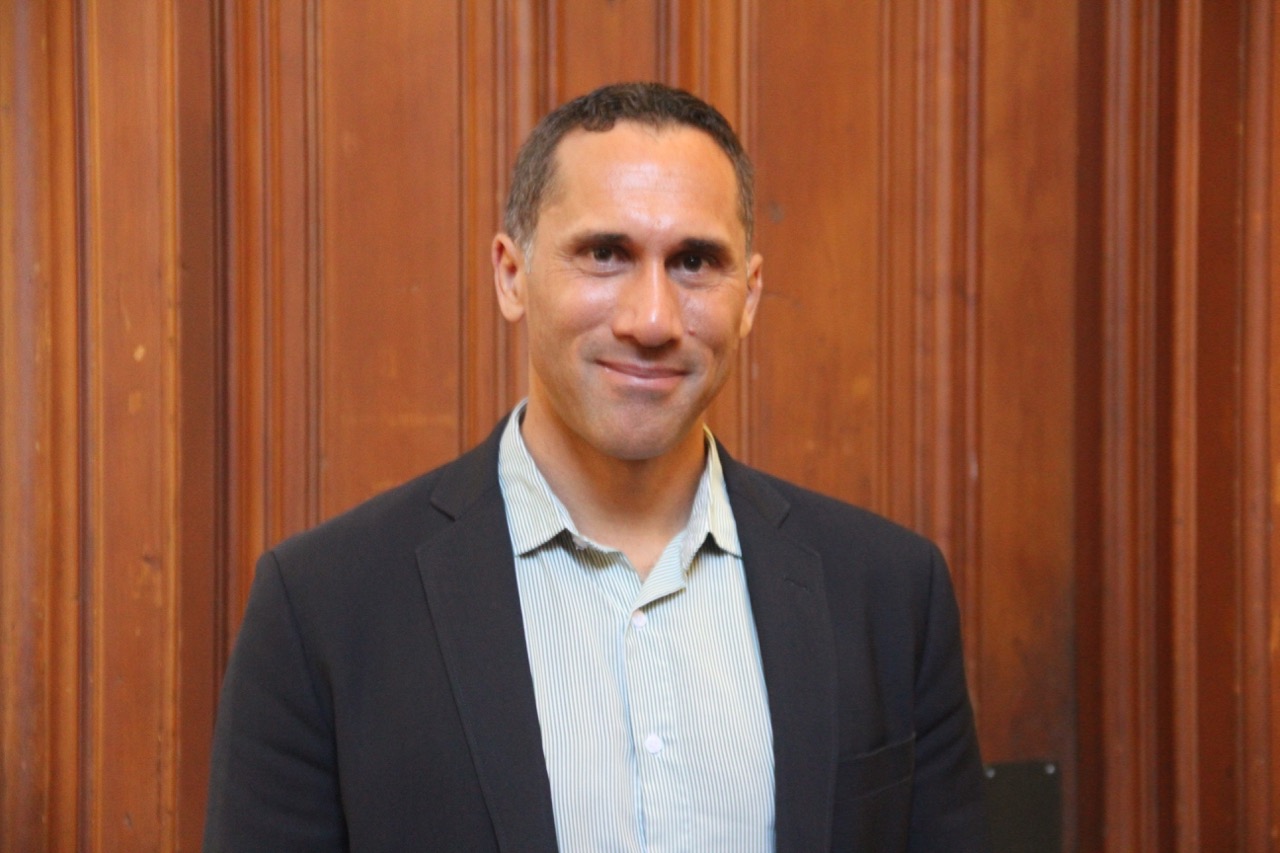 What would happen if the United States government built a quantum computer that could unscramble even the most sophisticated encryption? What if another government—or a private company—were to achieve this feat first? And what would be the political implications if such powerful computers ever became as widespread as today’s desktop PCs?

These are the types of questions that Frank Smith, a senior lecturer with the Centre for International Security Studies at the University of Sydney, will consider during his time as a Visiting Scholar with the Center for Long-Term Cybersecurity. Smith’s research examines the potential impact of quantum technologies—including quantum computing and cryptography—on international security. His research is part of a larger, Carnegie-funded project called ‘Peace and Security in the Quantum Age’.

“I’m trying to think about the security challenges and policy decisions that will emerge along with innovations in quantum technologies over the next 15 years,” Smith explains. “What would a universal quantum computer mean for access to information and thus uncertainty in international relations? Is quantum key distribution really revolutionary or a niche application? How can political science help anticipate the security dynamics likely to arise as a result of these technologies?”

For the unfamiliar, quantum computers are hypothetical machines that harness quantum mechanics to replace “bits” (1’s and 0’s) with “qubits” that can represent 1 and 0 simultaneously. In effect, these qubits could enable massive parallel processing. Although physicists and nanoscientists are still trying to build quantum computers, Smith is exploring the broader social and political questions that will arise if and when these powerful computers come online. Quantum technologies could upend modern economic and political systems built on digital technologies.

“Some problems that are very hard on classic computers become tractable on quantum computers,” Smith says. “For example, the public key encryption commonly used on the Internet might take until the heat-death of the universe to crack on a desktop PC. But the underlying math could be solved by a quantum computer relatively quickly, and if you’re able to do that, much of the encrypted data that we currently depend upon becomes transparent.”

While at UC Berkeley, Smith will be writing an e-book to introduce policymakers and the public to quantum technologies and their political implications. He also aims to produce a scholarly article that uses scenario planning, security studies, and international relations theory to help anticipate the potential consequences of these technologies. His research aligns well with the future-oriented mission of the Center for Long-Term Cybersecurity. “Because quantum computing is a plausible, realistic technology that is not yet in effect, the future-oriented approach of the Center for Long-Term Cybersecurity has a lot of appeal for my analysis.”

In addition to his work on quantum technologies, Smith studies the origin and evolution of cybersecurity as an organizational field, drawing upon his past work on health security (he recently published an article comparing cyber intelligence with public health.) “My aim is to understand why the supply of cybersecurity differs from public health and safety in other fields that are also integral to national security,” he explains. “Why does our response to cyber-attacks look the way that it does? Why does the government play a different role when providing public goods in cybersecurity—such as institutionalized trust—than it does in other sectors of security?”

Smith is excited to engage more broadly with researchers at UC Berkeley, and to learn from the Center for Long-Term Cybersecurity itself. In Australia, Smith co-founded the Sydney Cyber Security Network, which aims to bridge the computer- and social-science communities, as well as enhance connections between academic, corporate, and government institutions. “There are professional and bureaucratic reasons why truly interdisciplinary research and engagement are difficult,” he says. “I’m interested in learning from the success of CLTC and how interdisciplinary work is done here at Berkeley.”

A California native, Smith is excited to be in the Bay Area, although he admits that leaving Australia required some personal sacrifice. “I love to surf, and few things can make me voluntarily walk away from surfing in the warm water around Sydney. But the opportunity to spend time at Berkeley is definitely one of them—particularly the chance to advance my analysis of cybersecurity,” he says. “Being at CLTC is a fantastic opportunity to learn and be inspired by a new and dynamic environment.”